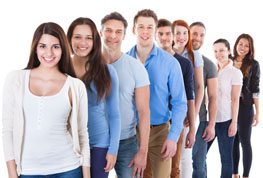 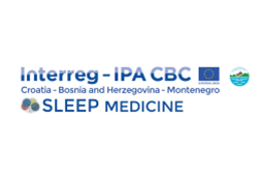 Project summary
This project will investigate how pleitropy (the effect of one gene on multiple phenotypic traits), gene networks and gene pathways are determining a number of clinically relevant quantitative traits. Primary research focus is on the genetic basis of body shape and facial features, based on an innovative approach to produce large number of measurements from the 3-dimensional body and face scanning. In order to achieve this aim, we will perform 3D scanning of 2,000 healthy subjects from the island of Korcula, within one of the largest biomedical research resources in Croatia – the 10,001 Dalmatians biobank. Besides excellent genotyping and sequencing opportunities, the inclusion of subjects from the isolated island populations facilitates gene discovery and enables the search for the rare genetic variants. After completion of genome-wide association and exome analysis, we will also use gene networking and pathway analysis tools, as well as the advanced analytic tools, such as random forest, lasso regression, partial least squares regression and latent class analysis in order to produce results that can be translated to clinical medicine, fitness and beauty, as well as legal medicine and forensics. Progress over the existing research designs will also be achieved by inclusion of extensive confounding information and family structure into analysis. All these findings will also be investigated in follow-up measurements and linked with the morbidity and mortality information in the future, thus further developing a coherent resource capable of producing highly competitive research results. With the excellent track record of the principal investigator, outstanding institutional support and well-established research team experienced in computational genomics and field work, this project will provide a substantial step forward over the existing state-of-the-art studies that rely on simple genomic associations, yet manage to publish their results in the top-end journals.

The principal project goal is to contribute to our understanding of the pleitropic effects in our genomes, the existence of gene networks and gene pathways, and investigate if these can be used to predict quantitative traits and disease occurrence. In order to do so, the project will be divided into five research objectives.

1. Pleitropy, networks and pathways in determination of body shape and facial features
High-throughput anthropometrics measurements (anthropomics) will be used for this objective, aiming to a) discover genetic basis of anthropometric traits and b) develop a large phenotype-genotype matrix needed to study pleitropic effects, networks and pathways. In the first analysis step we will perform the genome-wide association and exome studies, which are hypothesis-free analytic tools used to discover genes. In addition, known genes that were identified in previous studies will be used to do a candidate-gene approach validation or a construction of genetic score to investigate multiple effects. Rare genetic variants will be sought, due to known existence of highly penetrating disorders in the Adriatic islands, such as the monogenic case of dwarfism in the island of Krk. One of the research objectives of this project stage is also to produce a systematic review of known genes involved in body shape and facial features determination, which will begin soon after the project initiation as one of the first activities. Lastly, we will establish a pattern of correlation between conventional measures (such as body mass index or waist-to-hip ratio) and novel 3D scans, thus providing an ample of opportunities to publish results in competitive journals.
Gene networks and pathways will be investigated using the available software solutions INSIGHT and MAGENTA, which will be complemented by specific scripts development and use of data mining and machine learning methods, including random forest and partial least squares and lasso regressions, mixed modelling and latent class analysis. We will also closely follow the development of novel analytic models, especially through an FP7 project MIMOMICS, which is using the data from the 10,001 Dalmatians study to develop novel analytic approaches for analysis of “omics” data. In the end, we will develop a resource which will have the capability to provide data for advanced analyses, such as structural and non-linear equations, which are expected to provide a quantum leap over the genome-wide association studies and provide an excellent opportunity to further develop the field of systems biology.
The proposed project team is exceptionally well assembled and experienced to complete this objective. Through participation in large-scale consortia and direct links with the leading experts in the field through our international collaborations and GIANT consortium, we have developed excellent analytic skills. The expertise of the PI is clearly reflected in the joint principal authorship in Nature Genetics in 2010 (Sotoodehnia et al 2010) and participation in all of the recent genetic studies that established current understanding of the genetics of body shape (Lango Allen et al 2010, Speliotes et al 2010, Heid et al 2010, Berndt et al 2013), as well as over a dozen of co-authorships in the leading scientific journals.

2. Inbreeding and body shape
A meta-analysis in which we participated as a research group was published in 2012, suggesting that inbreeding affects human height (McQuillan et al 2012). The results were obtained in ROHGen consortium, which is currently looking into the effects of inbreeding on a variety of quantitative human traits. The PI of this project is one of the leading members of this consortium and the lead analyst for inbreeding estimation, based on his PhD and previous lines of work (Polašek et al 2010, Polašek et al 2011). This project will investigate how inbreeding affects anthropometric traits, as well as gene networks and pathways identified in the previous objective.

3. Fluctuating asymmetry
Bilateral symmetry of the body is thought to be under genetic control, and genetic theory predicts that increased homozygosity will lead to greater extent of genome instability. This will result in a phenotypic finding of increased fluctuating asymmetry, the difference in the development of traits on left vs. right side of the body. This project will investigate fluctuating asymmetry for all bilateral anthropometrical and ophthalmic  traits and link this information with extensive set of genome-wide homozygosity and inbreeding estimates, which have been shown to be higher in the island populations (Polašek et al 2010).

4. Body shape, morbidity and mortality
Previous epidemiological studies often suggested that some body shapes were associated with increased disease risks, as recently suggested by two studies in which we also participated as a research group (Yang et al 2012, Manning et al 2012). This project will develop this idea further by linking anthropomics data with morbidity and mortality information. All these activities will make the entire resource scientifically even more interesting and ensure its utilisation even long after the formal funding support for this project has ceased, thus providing added value for research-oriented biobanks (Polašek 2013).

5. Clinically-relevant traits
This project will also utilize large number of clinically-relevant traits, most notably a large matrix of lipidomics measures consisting of 347 measures of specific lipid fractions. It is also worth noting that PI was a joint first author in the study that suggested one of the initial steps in linking various “omics” data (Igl et al 2011). In addition, we will also use genomic scores for disease prediction, while taking into account extensive supporting and confounding information collected through surveys.